Ahoy!
Well, here we go. Twenty-six posts in alphabetical order with Sailing as a theme.
Do Not Be Afraid!
These are not textbook posts of the finer points of sail. Although that will be a post because I love the ridiculously true graphic describing them.
No.
This will be a combination of observations, tales of the Caribbean and an occasional explanation.
So...pull on your lifevest, release the bowline and off we go...

We took up sailing about seven years ago. Theories to why abound – boredom, insanity, a desire to spend money on things like epoxy and rolling furlers and epoxy. What started as a 10 foot wooden bathtub has evolved into a 15 ft wooden sloop which was really just a gateway boat to a 24 foot, 40 year old rehab project.
I have slowly learned enough, and more importantly, convinced my husband that I know enough, to be offered the tiller from time to time. One of the biggest lessons I have learned is this:
There is WAY too much Applied Physics in sailing.
I do not want math and/or science to be at the forefront of my leisure time. Thus, ignoring the math and sciencey explanations, I will give you this very important lesson:
You CAN NOT travel in a straight line when traveling upwind. And of course, the converse of that, the restaurant you desperately want to have lunch at will ALWAYS be upwind.

A Sailboat can't sail directly into the wind. If you turn the boat directly into the wind it will stop.
Dead. (Explanation of such not included here for math/sciencey reasons.)
This usually occurs as you are trying to maneuver out of the way of a large obstacle, say a cruise ship, or into a particular area such as your favorite lunch spot's only open slip or you are just trying to look cool in front of those irritating, hyper, power boats.
Oh sure, a dead stop can come in handy when the wind whips up so strongly that parts of the boat are literally flying off around you and into Lake Monroe, Indiana.
But generally, a dead stop is not what you want.


So here is where that math comes in:
In order to maintain Force A of Wind Velocity W with Sail M as the variable, you must constantly reposition Sail M and subSail J,  if subSail J is raised and the wind is not too great.
Or in non-math terms, you have to pick up enough speed in a cross-wind direction to allow release of the Front Sail (Jib) and moving the Big Sail (Main) through the wind to the other side of the boat, thus moving the boat in an opposite yet still forward direction at which time the Front Sail (Jib) is pulled back into place.
If any of these things happens out of order the boat dies.
As do your hopes of a refreshing rum-based beverage with lunch.
Momentum is lost and all this manuvering must start again.

Bringing me to our A-Word:
About
As in –
Ready About?
Coming About!
I Said COMING ABOUT!!

'About' is the last word you won't pay attention to as you sit in the cockpit with your fizzy water, attempting to get the perfect sailing selfie.
Because if you aren't paying attention as the Captain yells 'I said Coming About!!' then Boom B will knock you out of the boat in into Lake L as the Big Sail (Main) swings into place, assuming you listened enough to let the Front Sail (Jib) out and didn't get too eager and pull it in too soon.
There are two options when you hear the command Coming About.
The simple one is to duck.
The more complicated one is to grab the line which lets the Front Sail (Jib) out, causing much anxiety producing flapping which you will want to make stop by grabbing the other line and pulling it across to its new home. BUT DON'T! You must wait until the Big Sail (Main) has crossed the center line, along with the boom, before pulling the Front Sail (Jib) into its new, wind catching place, thus maintaining a somewhat drunken straight line to your lunch reservation.
Oh, and those things I am calling 'lines' are called 'sheets' even though they are, in all actuality, 'rope'.

Confused?
Don't be.
The take-away is this:
There are a ridiculous number of names for every part of the boat with corresponding commands that sound nothing like what the intended purpose of those commands are.
Your only hope of getting to that lunch spot in one dry piece is to learn at least the basic ones.
Having a quick ducking reflex is also key.
This concludes day one of Alphabetical Sailing for the Easily Entertained.
Come back tomorrow when we will discuss
B – Bells.
Or why can't you just say what time it is? 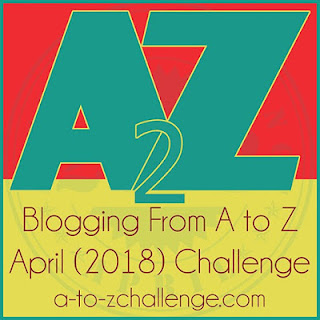 Want to learn more or read some other entries?
Click here!

Email ThisBlogThis!Share to TwitterShare to FacebookShare to Pinterest
Labels: a to z challenge, sailing