This flag is pretty clear:
The Jolly Roger - flown by pirates from the 1700's, in various styles, customized to their preference. It's rumored that the pirate Calico Jack Rackham was the original designer.

It was the first flag our wooden boat flew.

One day we hope to fly this flag: 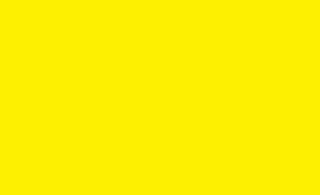 The Yellow Jack or 'Q' flag was once flown by ships to indicate that no one on board suffered from plague or cholera.
Charming.
Good thing Calico Jack didn't design this one. It would probably have had a colon on it.
Now it indicates a boat requesting clearance into a foreign port.
Here is an example:
Say we rent a boat in Tortola, BVI.
The boat is licensed in the BVI:
So, it flies the Flag of Tortola.
As Americans, we have been cleared through immigration at the airport.
So out of courtesy, we could fly a small American flag on the port spreader of the mast, but not higher than the Tortola flag.
Now lets sail to St. John, just across the way.
Upon entering the port, we would need to raise the yellow flag as our boat is not US registered.
Even though we are.
Once cleared by the harbor master, we take down the yellow flag and raise a US flag in its place.
Oh, and these flags are only flown between 8am and sunset.
Given my issues with crossing borders I can only imagine how this would actually go down.*

Consequently, this is pretty much the only flag we are currently flying:
And then there's this guy:
Playing bagpipes at noon near The Indians and Norman Island, BVIps-Norman Island is thought to be the inspiration for Treasure Island...

I don't believe there is a flag for that.

Come back tomorrow for G - might be Galley. Might be Green Can. Which isn't found in the Galley.
A-Ahoy
B-Bells
C-Catamaran
D-Dramamine

And for more A to Z fun, click on the link below:
a-to-zchallenge

*Me and my border crossing trials:
Me in Canada
Me going to and returning from Mexico
Me causing nearly an INTERNATIONAL INCIDENT
Please, dear Lord, don't ever let them build a wall around here. If I ever got out I would never get back in...
Posted by LauraEhlers at 4:00 AM

Email ThisBlogThis!Share to TwitterShare to FacebookShare to Pinterest
Labels: a to z challenge, flags, sailing